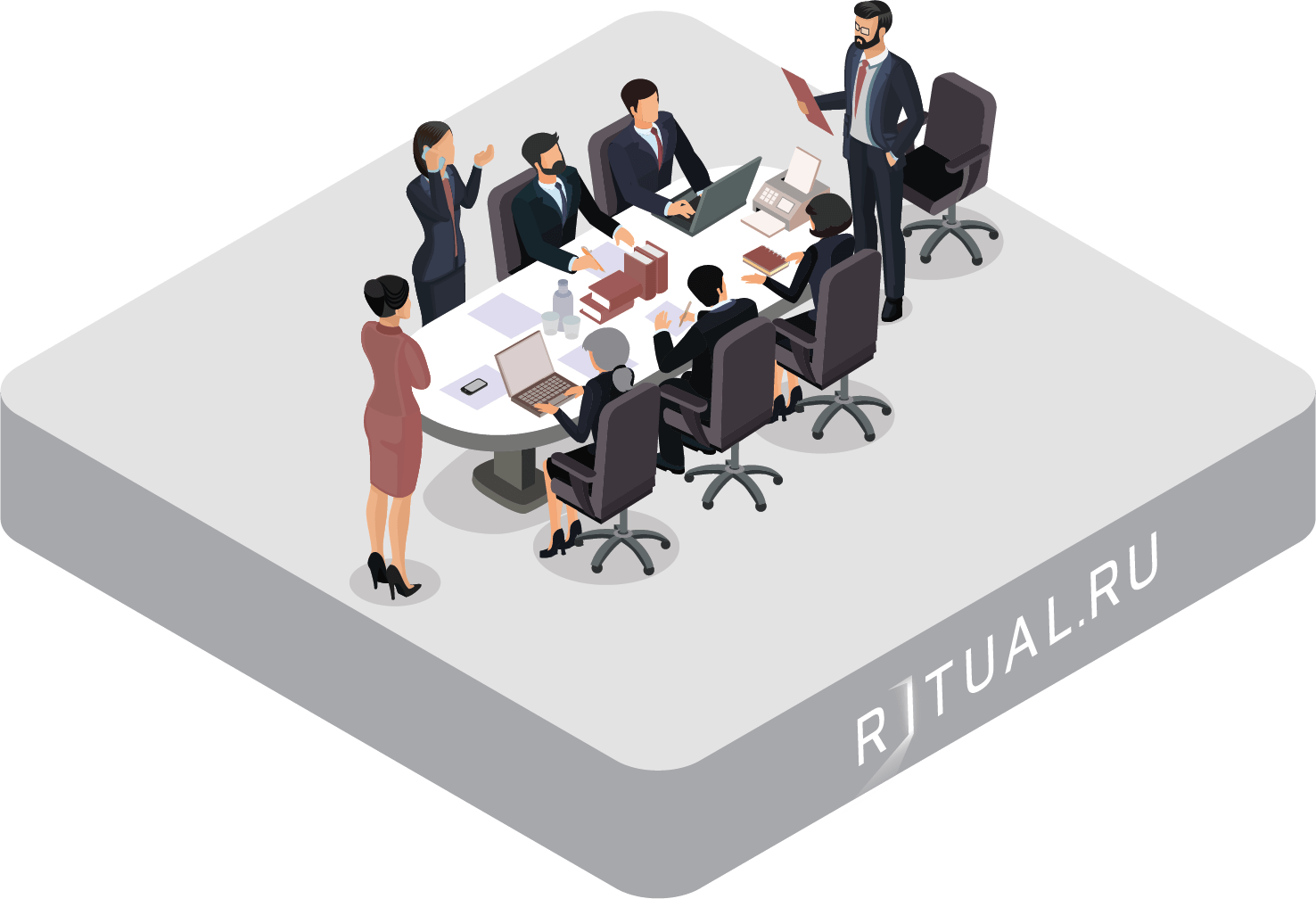 On the funeral services market, we are always trying to exemplify technically advanced operation that does not deny a humane attitude, which is critical for the further development and improvement of the funeral industry.

The Ritual.ru group is one of the biggest funeral industry associations in Russia: it is in Russia's funeral market top 5 (in 2017, over 15,000 mourning ceremonies were held, over 5,000 tombstone structures were installed). Ritual.ru group includes a variety of companies under a single strategic management united by common goals and high corporate standards. All companies of the group share a single business model that has been successfully implemented in Moscow and the Moscow Region.

Ritual.ru group development strategy is aimed at meeting the full range of funeral service demands in the Russian Federation.

meet the maximum demand for any funeral goods and services;

build maximum awareness among the Russian citizens of the benefits and allowances provided by the state, as well steps to take in case if someone dies.

Ritual.ru includes 8 companies. Each one specializes in one or more areas of funeral services.